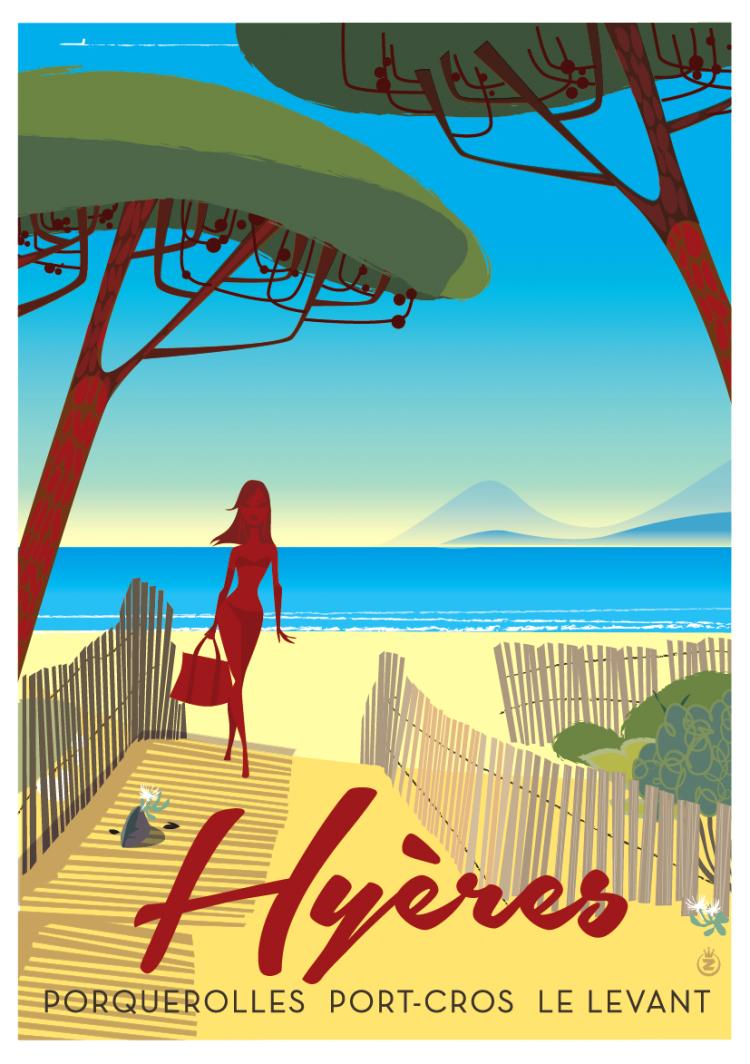 I didn’t know how much we would end up enjoying the south of France until we had to leave. It is a retirement dream destination after all, I should have known! We stayed in Hyères, a lively city just east of Toulon, which is east to Marseille (mar say), which is south to Paris by eight hours. This would be the longest stay we would have so far. After Paimpol in the North, Toulon is where Hakim and his parents moved, so again we got a taste of Hakim’s childhood, where he lived, where he went to school, how many kilometres he walked (with no snow, but with snails, so….gross).

We climbed Mont Faron, the very hill/mountain that young Napoleon climbed with a bunch of buddies and dismantled cannons. This is where he made a name and reputation for himself. 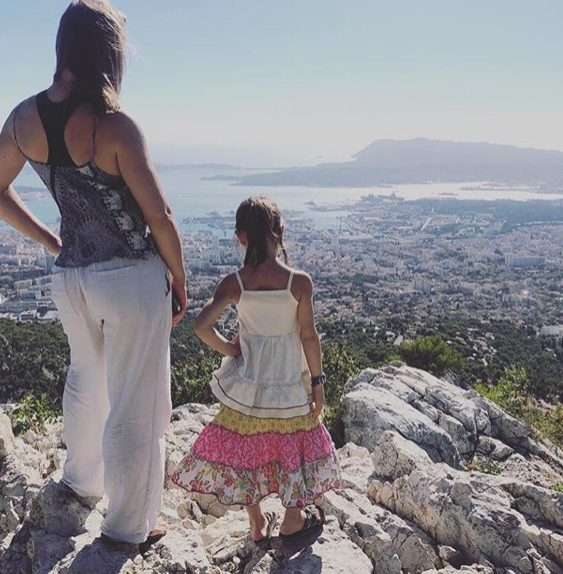 Because we had what amounted to a local tour guide, we were able to find some great beaches that only locals knew about and spent as much time snorkelling in the Mediterranean as we did baking in the sun. The palm trees lining streets and beaches didn’t help to make nearly each day a beach day.

We quickly adapted into a southern french lifestyle: a short walk to the local patisserie for a café créme (cafe au lait) and a croissant. The amount of cheese we have consumed since being her is enough to make up for the years of not eating it in Quebec.

Fun fact: palm trees are not native to this area. They were imported into the city and now there are palm tree farms to keep up with the demands of planting. 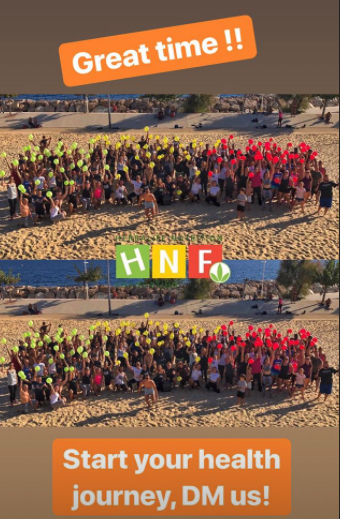 One thing that is very fun about traveling, is that wherever we go (mostly) we can always find our Herbalife Nutrition family. And even more so here, as Hakim’s business was originally built here. So early one Saturday morning, we met up with about 100 other Herbalife members at the beach and had a nice, sweaty workout, followed by seeing old friends from long ago.

Many times while driving, I kept trying to pinpoint what about Hyères/Toulon that was so special, besides the palm tree lined streets and adorable cobblestone city. I came to the conclusion that the sky is actually bluer here. This is not some, the-grass-is-greener statement, but an actual, I really think the sky is bluer. It is incredibly pleasing to the eye. This is helped by the fact that there is almost never a cloud in the sky, so you get to constantly see the sky. Now I don’t know for sure, but I would imagine that this is somehow related to the reflection of the blueness of the sea nearby, but the fact remains-I like seeing a blue, blue sky.

While Toulon is a whopping 500,000 population, Marseille is a 2 million city to the west of Toulon. It is a bustling port city so a day trip into town was in order. But this time, all the medieval parts of these cities were blending and a general feeling I didn’t think would happen happened: no, we don’t need to see this medieval city. I had known this about Europe but never imagined I would get used to seeing thousands of year old walls and building and statues and opt out of exploring them.

As we didn’t have bookings for Italy, we decided to stay a few days in Nice instead of making it just a day trip. The Nice-Cannes-Monaco area is just about 2 hours East of Toulon and we weren’t ready to part from the Sea. 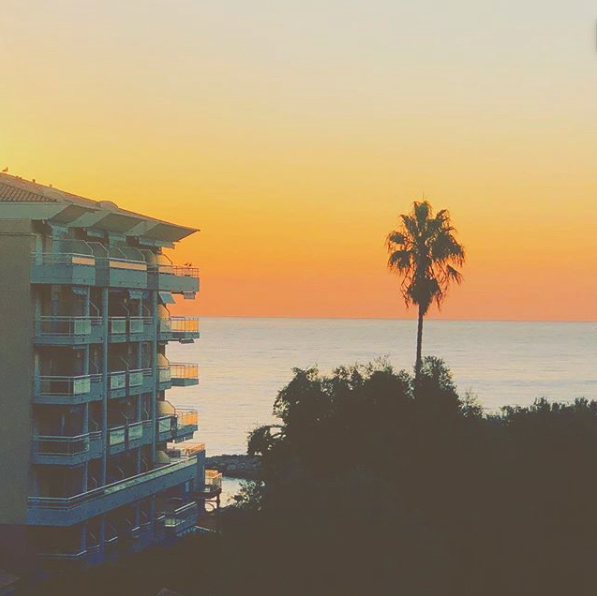 We made a nice loop through Monte Carlo, slowly of course, so we could count the luxury cars. Norah was in charge of counting the amount of Maserati’s, Cortnie chose the Bentley’s, Nellie went for the yachts, but only over 50 feet long. Hakim claimed the Laborbghini’s before Micah could, so she stuck to counting the Mopeds. I challenged myself by counting the Mazda’s.

Nice was…well so nice. We had the greatest apartment looking out at the sea and to the left, the mountains. A lot closer to the beach this time, we were able to take quicker trip to the water. Something about being by a beautiful sea, makes one actually quite happy to take a long walk or a jog. Especially if the destination ended in a nice cafe creme and croissant. Actually, this close to the Italian border, we were seeing more Italian influence in the cafe. The croissants had chocolate covering on them as well as in them. 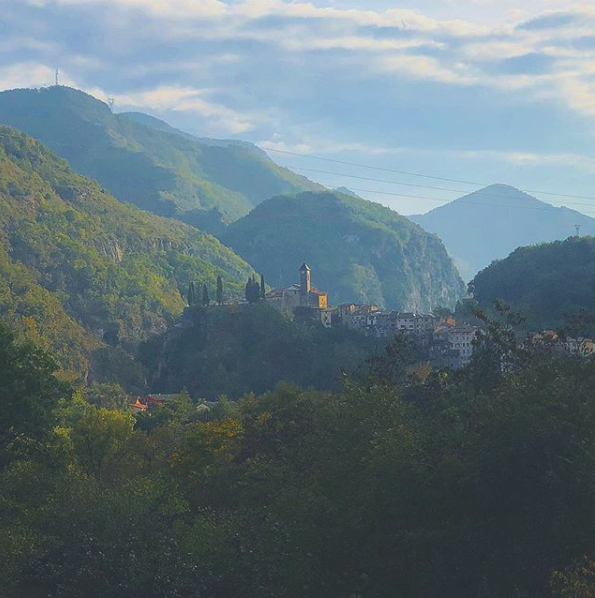 Just north of Nice, we made a day trip into the lower Alps, which would end up being the closest we would come to the Alps–on this trip. Up, up, up we went, winding back and forth in which we learned was called a “hairpin” turn, many of which we wondered if we would make. Our destination was Utelle, the top of a mountain in which a church to Mother Mary had been built. The view was breathtaking and I found myself softly humming, The Sound of Music. None of us really wanted to leave, but we had a city to go see. Saint Martin Vésubie is an old, beautiful city that was the spot for adventurers to go and do adventure in the Alps. Amazingly, even this city, high up in the mountains was not untouched by World War II. I was often reminded how far reaching the war went in Europe, with most of what I had learned in school focusing in Northern Europe and Germany. The Italian army occupied the Alpes-Maritimes and yet Italian Jewish businessman convinced the authorities to protect the Jews. Thousands of  Jews fled to this remote city to live. However, after the Italian Armistice in 1943, Germany ordered the deportation of all the Jews to Auschwitz. Only 1,000 Jews escaped, who had made the climb even higher into the mountains. Some officers even took in a few children as their own to save them from the roundup.  Funny enough, surroundings like these mountains make the imaginations of all the girls fly! There was crazy talk about buying a cute house perched on the side of the mountain, herding goats and chickens and waiting for the weekly truck delivery of goods.

I think we could have stayed for a lot longer than we planned. The debate became, do we continue into Italy like planned, or just stay here? It was a hard decision but my desire to see the ancient Roman remains including Pompeii won over. 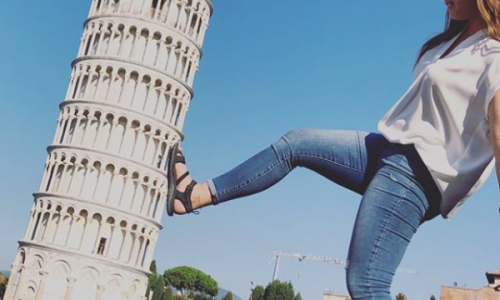 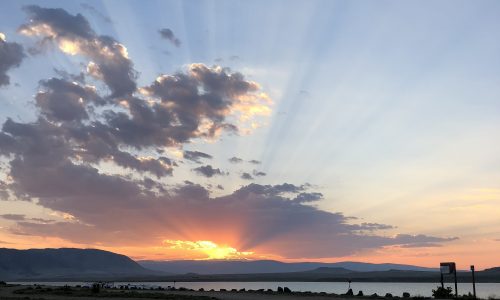